The southernmost district of Tamil Nadu and an illustrious religious destination, Kanyakumari is notable for its broad range of tourist attractions. In addition to the assorted tourist attractions like beaches, temples, museums and memorials, forts, palace and other places to visit that falls under the boundary of Kanyakumari, there are several tourist spots to explore around that are ideal for weekend getaways from Kanyakumari.

Courtallam, fondly called as the 'Spa of South India' is a far-famed waterfalls located in the Tirunelveli district of Tamil Nadu. Courtallam is just 125 km away from the city center of Kanyakumari and is well connected to all parts of Tamil Nadu by trains and buses. Courtallam is not only a famous waterfalls but it is valued as a fantabulous wellness resort as the Courtallam water is said to have a lot of medicinal attributes since it works through woods that are filled with herbaceous plants. Evidently, Courtallam water has the ability of tending to cure or rejuvenate to wellness of people who love a natural bath in the waterfalls. 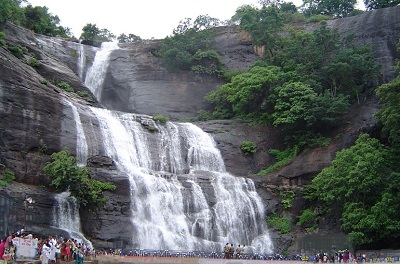 Accommodation Options:
Numerous lodges and resorts are available in Courtallam and most of them are located very close to Peraruvi and Pazhaya Courtallam 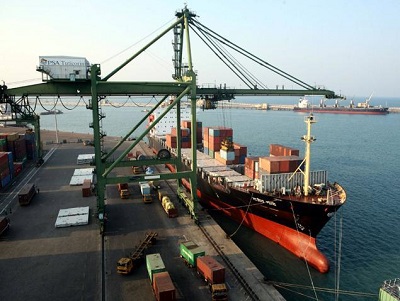 For beach lovers, Tuticorin is a perfect tourist destination and the port present in the urban centre is one among the most significant tourist attractions in the region. Tuticorin is also notable for its parks and some of the popular parks in the city include Rajaji Park, Harbour Park, Roche Park and so on. Thoothukudi is also the home of the celebrated Thiruchendur temple which is the 2nd Arupadai veedu (Six sacred abodes of Lord Muruga) of Lord Murugan.

Some of the other popular and must visit tourist attractions of Thoothukudi include Hare Island, Kayalpattinam Beach, Harbour Beach, Panchalankurchi, Pearl Beach, Holy Cross Church, Lady of Snow Church, Kulasekarapattinam Beach and so on.

Kollam, a popular sea port and an important town on the Laccadive Sea coast in the God's own country, Kerala is located approximately 153 km away from the city center of Kanyakumari district. To be blunt, Kollam is all about amazing beaches, enthralling lagoons and ravishing backwaters! Imagine, enjoying a deluxe boat ride over the backwaters and savouring traditional Kerala fish curry and tapioca (Maravalli Kilangu) during the journey! 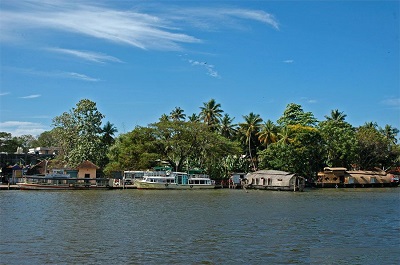 Ponmudi aka The Golden Peak

Ponmudi, an enchanting hill station in Thiruvananthapuram, Kerala is located just 125 km away from the city center of Kanyakumari, Tamil Nadu. 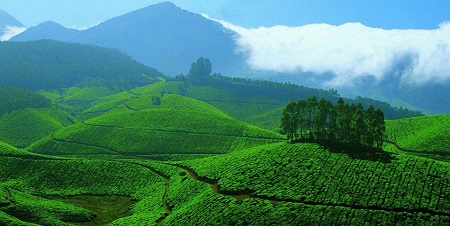 Situated at an altitude of 1100 m above sea level, Ponmudi is a part of the Western Ghats that extends through the line of latitude to the Arabian Sea. Ponmudi is gifted with the magnificence of nature as it features a beautiful blanket of dense tropical woods that avalanches to the ground of the hill range. Ponmudi is one of the most preferred tourist destinations in the region, primarily for its pleasant climate all throughout the year.

Other popular weekend getaways from Kanyakumari include: