Kanyakumari, fondly called as Kumari Mavataam by the Tamil people is literally located in the southernmost corner of the Tamil Nadu state. Even though the natural geographic characteristics of the territorial dominion are unique, Kanyakumari feature excellent transportation system and facilities. The district is considerably connected with the rest of the cities and towns of Tamil Nadu and other states across the nation. 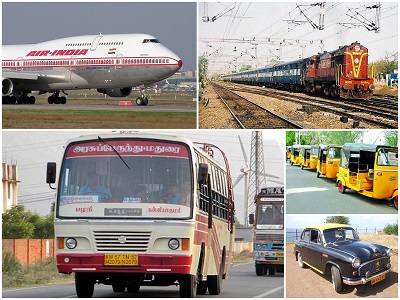 Also, it is important to mention that for a district like Kanyakumari that receives visitors from all over the world, irrespective of the seasons for the never ending list of tourist attractions, good transportation system is a key to economic growth and tourism industry. Kanyakumari district has developed its transportation system like facilities, roads, railway lines and other means over the years and today the district is one among the region in the state that feature first-class connectivity options. The district of Kanyakumari is substantially connected by Air, Rail and Road. Kanyakumari not just feature excellent local transportation network to move around within the district limits, but also has fantastic facilities to connect with other cities and states. 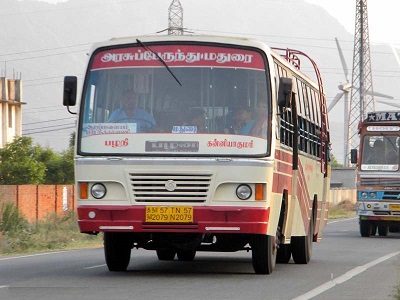 The most important route of Chennai-Kanyakumari Highway links the Kanyakumari-Trivandrum route near Aralvoimozhi/Aramboly (a Panchayat town in Kanyakumari district) which passes across Nagercoil/Nagerkovil adjoining other significant cities and town finally ends at Thiruvananthapuram in Kerala extending a length of almost 63 km from Aramboly to Kerala borderline. 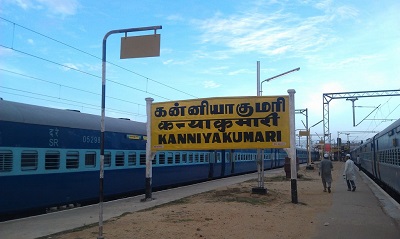 Kanyakumari does not have an airport in its administrative boundaries. However, a proposal has been tabled by the Airports Authority of India to construct an airport in Nagercoil town of Kanyakumari district. Situated at a distance of about 88.4 km, the nearest airport to the district of Kanyakumari is the Trivandrum International Airport (IATA: TRV, ICAO: VOTV). The Trivandrum International Airport is well connected with cities like Bengaluru, Mumbai, Kochi, Delhi, Chennai, Goa and many other Gulf countries with regular flights.

Comments / Discussion Board - Transportation in Kanyakumari