"The world is a country which nobody ever yet knew by description; one must travel through it one's self to be acquainted with it"
once said by the Philip Dormer Stanhope, 4th Earl of Chesterfield, a British statesman and man of letters. As the saying goes, Kanyakumari is a dream destination that has to be explored to its fullest.

Kanyakumari is basically a soulful paradise, beach lover's preferred selection and most importantly a sanctified spiritual address of Hindus. Kanyakumari district is very unique and so surprisingly impressive. Kanyakumari is illustrious for its radically distinctive geographic features on two exclusive grounds:
Located almost 700 km away from the busy metropolis of Chennai, Kanyakumari is one of its kind destinations that attract visitors from all over the world. The district of Kanyakumari unveils a whole new world that is filled with nature and tranquility all around. Kanyakumari is long familiar for its never ending list of tourist attractions that cater to the needs and demands of the visitors in terms of tourism. Be it temples or other religious sites, beaches or nature spots, boating or other fun activities, the wide range of tourist attractions the district has to extend is simply astonishing. 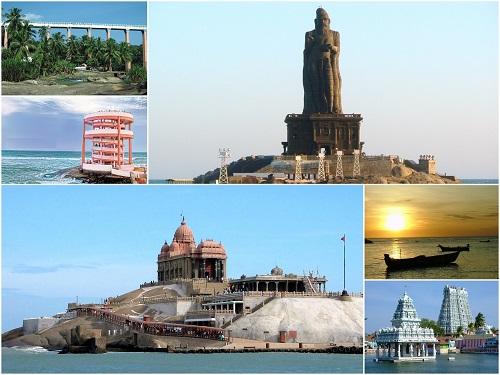 Kanyakumari is regarded as one of the most tourist-friendly districts in the southern state of Tamil Nadu. The district is literally situated at the south most point of South India, which itself is a singular thing to look for! Kanyakumari was once called as Cape Comorin during the British time and is now fondly called as Kumari Mona in the local language of Tamil. The name Kanyakumari is derived from the Goddess Kumari Amman dedicated to Virgin Goddess Kanyakumari and the Kumari Amman Temple is located on the land along the edge of the meeting of the Arabian Sea, Indian Ocean and Bay of Bengal.

Encircled by splendiferous hills and the flatlands bounded by spellbinding seacoasts, fenced with cocoa palms and green fields, a few sublime spots of red cliffs with waving vales and fields between the hilly terrain and the seashore, so intimately interlacing with celebrated religious sites and other illustrious edifices lies the destination, Kanyakumari!

The religious sites of Kanyakumari are celebrated all over the globe for their wonderful architecture. Besides, the Tamil people are known for their devotedness towards their respective religious beliefs and religious sites. The major population of the southern state of Tamil Nadu being followers of Hinduism, the entire district of Kanyakumari is scattered with temples.

Museums and Memorials in Kanyakumari 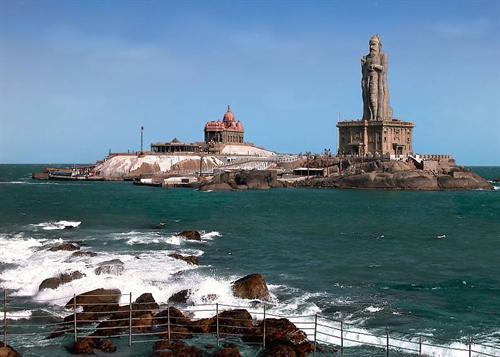 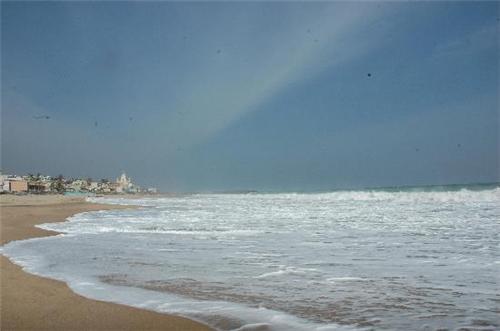 Dams and Waterfalls in Kanyakumari 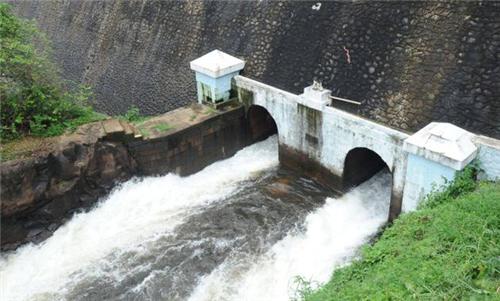 Hotel Tamil Nadu, operated by Tamil Nadu Tourism Development Corporation (TTDC) provides visitors with a wide range of facilities which include spacious rooms with or without AC, multicuisine restaurant, conference halls, parking space, and indoor games and so on. Kanyakumari also offer a lot of private accommodation options too.

Comments / Discussion Board - Tourism in Kanyakumari